Author Don Keith is available for speaking and presentations to groups of all kinds, either in person or via Skype. For info, details, and potential topics, contact him at [email protected].

History News Network publishes article by author Don Keith. The article deals with a true unknown hero of World War II, Commodore Dixie Kiefer. Kiefer is the subject of the book by Don Keith and co-author David Rocco titled THE INDESTRUCTIBLE MAN. The book has recently been re-issued by Stackpole Press and is available wherever books are sold.

The new, updated edition of Don Keith's book THE INDESTRUCTIBLE MAN has been featured on a New York historical web site. The new hardback edition of the story of Commodore Dixie Kiefer, one of the unknown heroes of World War II, releases on April 1, 2021. It has been re-issued by Stackpole Press and features updates by authors Don Keith and David Rocco. To see the article on the New York Almanack site and learn more about not only Kiefer but the other Navy men who ultimately lost their life on New York's Mount Beacon only two months after the war ended, click HERE.

For more on the book,as well on other books by prolific author Don Keith visit HERE.

The new edition of THE INDESTRUCTIBLE MAN is available in hardback and e-book editions wherever books are sold. 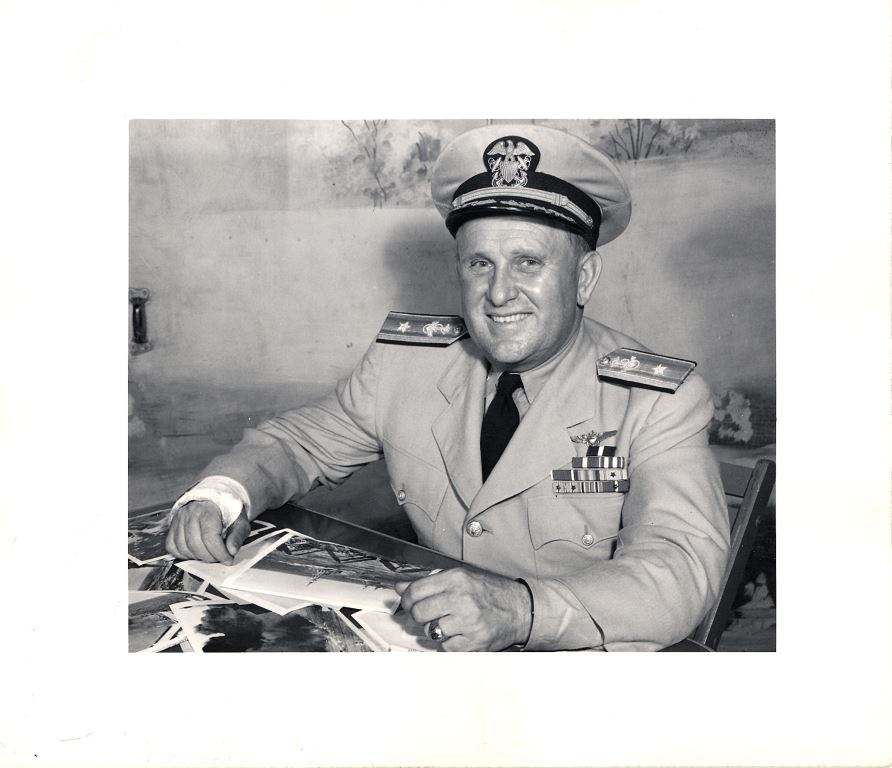 The acclaimed documentary film COLORS OF CHARACTER, the Steve Skipper story, has just been released on DVD. The film tells the story of a young African American painter who dreamed of a career as an artist. However, racism, family strife, and other factors left him frustrated and disillusioned. As a teenager, he turned to the street gang the Crips and was headed in a dangerous direction. But almost on a dare, he attended a church service and his life was not only changed forever but likely saved that night.

Today, Steve Skipper is recognized as one o 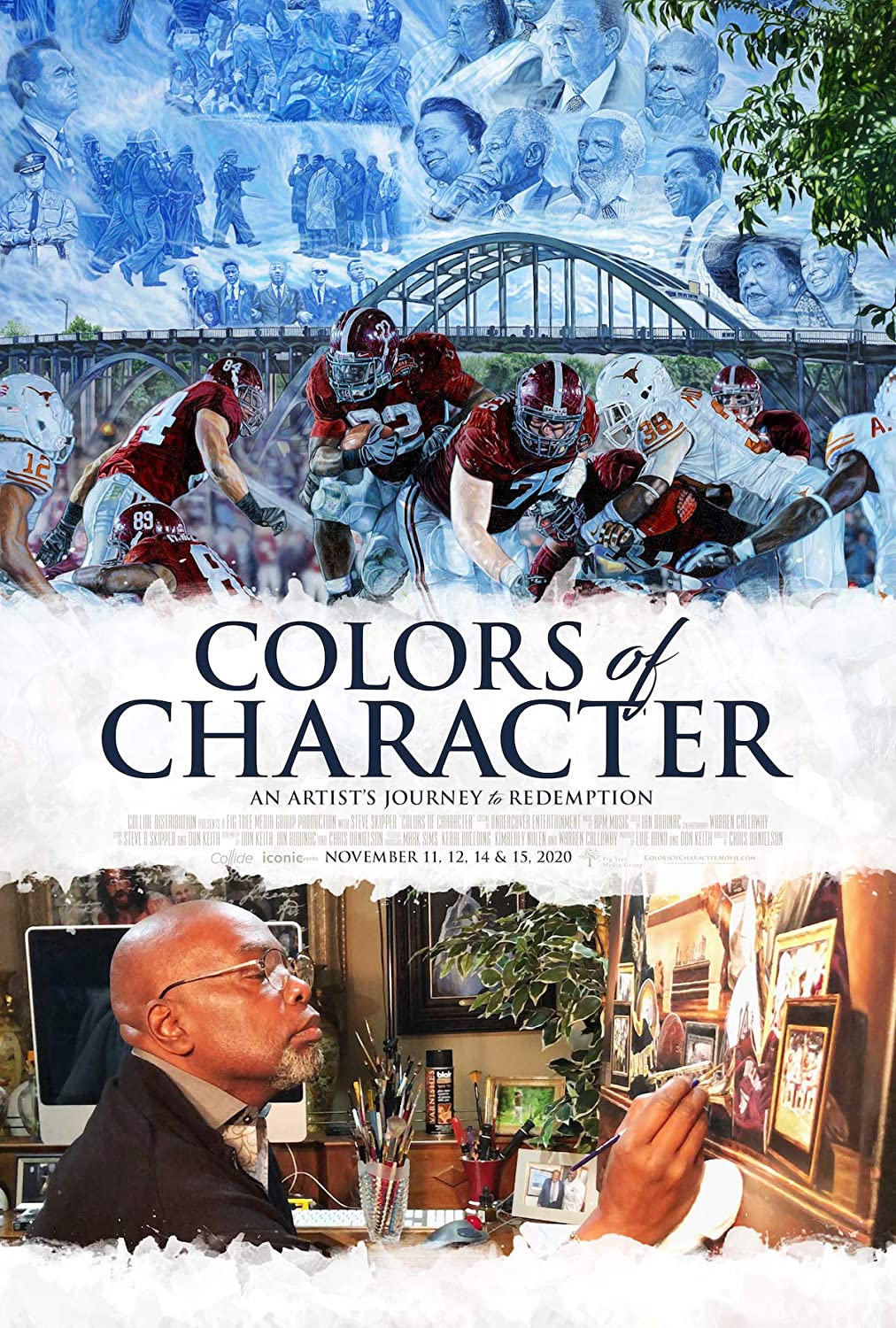 f the top untrained artists. His inspirational paintings, portraits and action paintings of top athletes, civil rights commemorative works hang in the homes of collectors, museums, galleries and more across the country.

COLORS OF CHARACTER was produced by Fig Tree Media Group and is a theatrical-length documentary movie. One of the principals in Fig Tree is Don Keith, a prolific author who wrote the book DREAM ON on which the film is based. Keith wrote and produced the film, which was directed by Chris Danielson. Warren Callaway was director of photography.

To learn more about the movie or to purchase a copy of this theatrical-length documentary film, click HERE.

Don Keith produced and written documentary film COLORS OF CHARACTER coming to Apple TV and DVD. The movie about black artist Steve Skipper will be available to AppleTV subscribers on March 2. The film will also be released on DVD in mid-March.

For more, including to watch the documentary's trailer, click HERE. 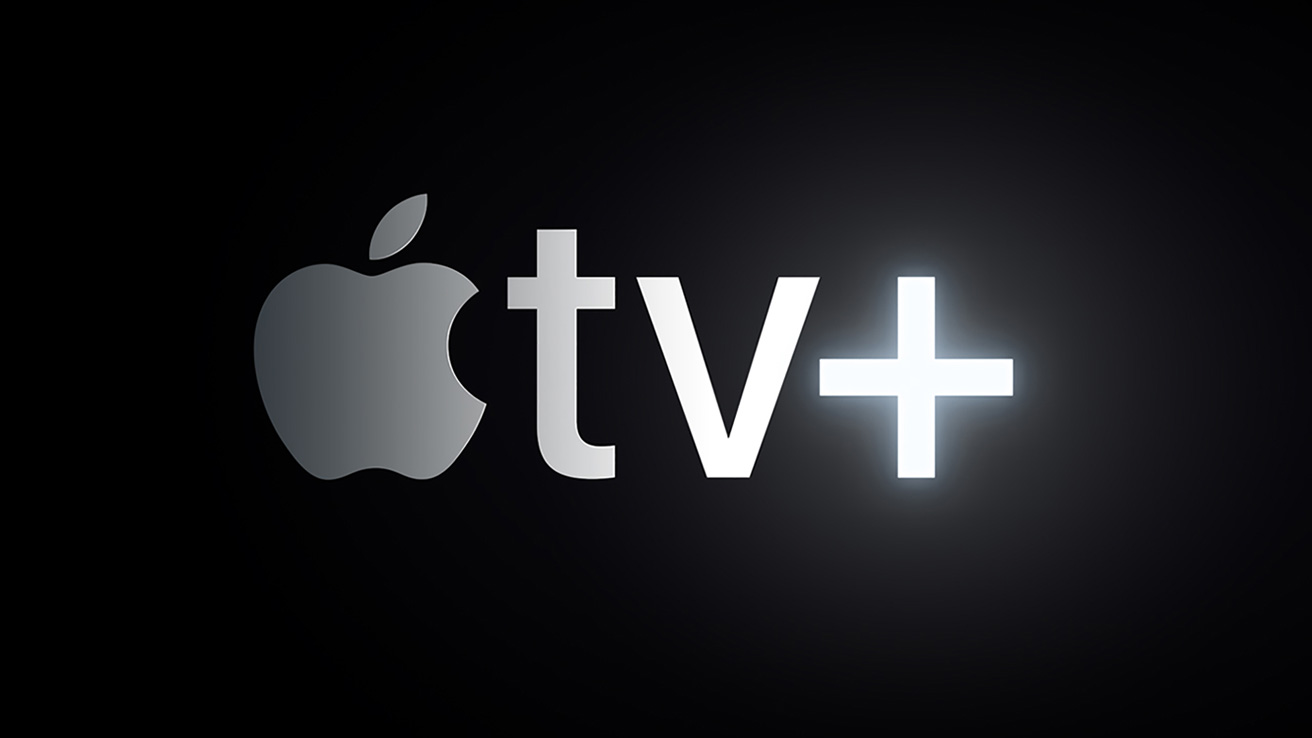 Don Keith's documentary film COLORS OF CHARACTER has been named as one of the "Top Ten Redemptive Films of 2020" by Church Tech Today. This is high honor indeed since the powerful movie is joined on the list by a film starring Tom Hanks and another produced by the Erwin Brothers ("I Can Only Imagine," "Woodlawn," "October Baby"). The movie was produced by Fig Tree Media Group. Author Don Keith is president of the company and served as writer and producer on the project. The story is based on Don's biography of prolific artist Steve Skipper, titled DREAM ON.

The film is available for streaming any time through January 31, 2020, and is also available for screening by churches anywhere in the USA...at no cost to the church! In fact, the church can share in revenue from tickets purchased for viewing at their facility. See the top ten list article HERE and learn more the movie, see the trailer, and see how you can stream the movie at home or through a church facility HERE.

Don Keith's book MATTIE C's BOY makes list of top books recommended for holiday shopping. The true remarkable biography of Shelley Stewart tells the story of a young man who faced terrible challenges to become a top radio personality and successful businessman. MATTIE C's BOY was named to a list of top books about Alabama and people from the state as named by independent booksellers and featured in an article on the web site AL.com.. 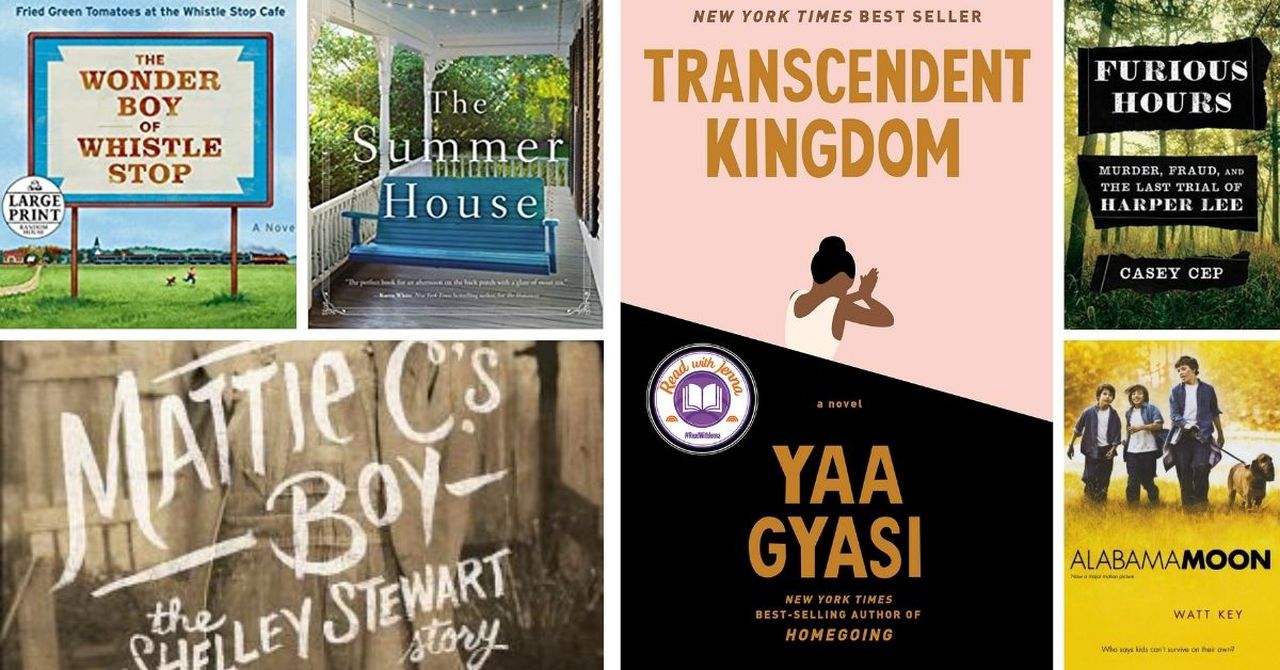 Read the article from AL.com HERE

Don Keith's COLORS OF CHARACTER documentary film available as special streaming video on demand event. The critically-praised movie, fresh off a limited theatrical run, will now be available for viewing anywhere on the planet. This begins with a live streaming event, beginning at 8 PM local time in all areas on Friday, December 11. Those who purchase tickets for that event will also have access to stream the movie as often as they desire through January 31, 2021. 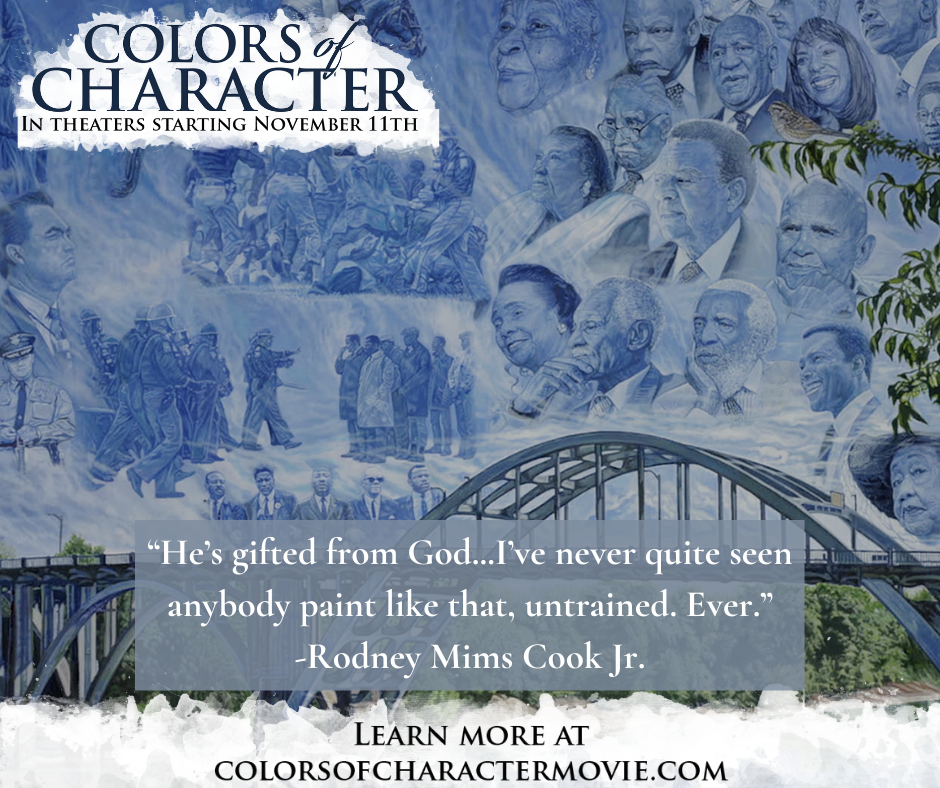 For more information, to purchase access, and to see the synopsis and trailer for the film, click HERE.

The movie tells the story of Steve Skipper, who overcame family strife, racism, drugs and the gang lifestyle to become one of our most honored artists. Critics have note how the movie is especially timely and should be seen by as many people as possible during these troubled times.

The film is based on Don Keith's book, DREAM ON, which is available wherever books are sold.

CLICK HERE to learn more about Steve Skipper and the book DREAM ON. 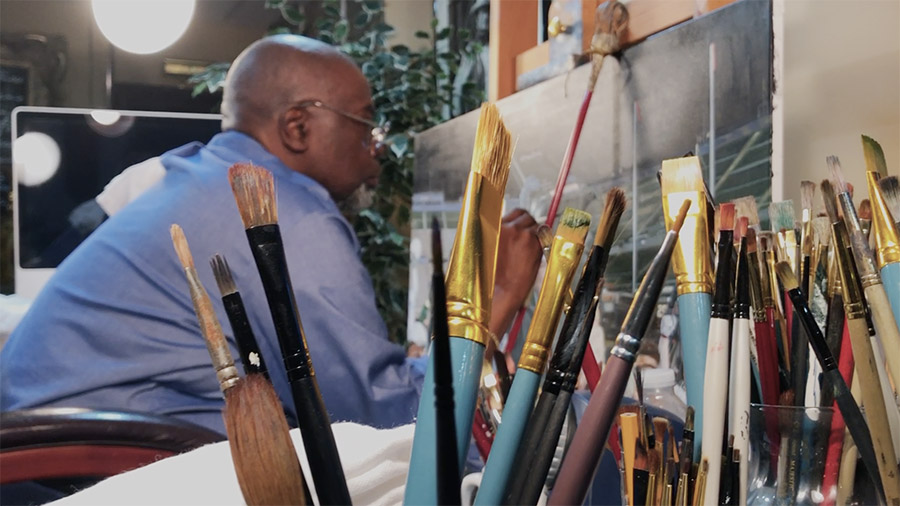 Author Don Keith guests on the "Practical Prepper" podcast, discussing the hobby of amateur (ham) radio, his books and movies, and more. Keith is an active ham radio enthusiast (call sign N4KC) and has written extensively on the hobby, including many articles on his amateur radio website. 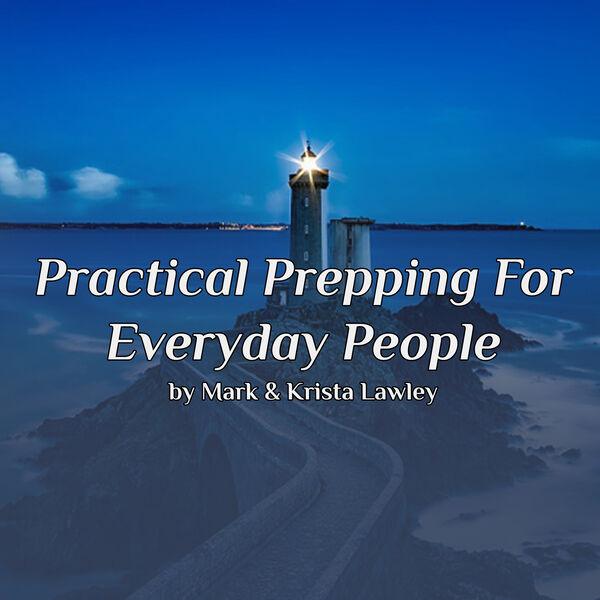 To listen to the "Practical Prepper" podcast, click HERE

Don Keith co-author David Rocco interviewed for "This is Why We Stand" program about WWII hero Dixie Kiefer and the Mt. Beacon 8. Keith and Rocco did the book about Kiefer, THE INDESTRUCTIBLE MAN, who received the nickname "Indestructible Man" from the Secretary of War. Kiefer was Executive officer on the USS Yorktown at both the Battle of the Coral Sea and the Battle of Midway, then the captain of the aircraft carrier USS Ticonderoga. The latter ship survived a vicious Japanese kamikaze attack, thanks in part to some amazing efforts by Kiefer, even though he was critically wounded.

Rocco recently led a special commemorative ceremony near the site of the crash in Fishkill, New York.

Stackpole Press will release a new edition of the book in April 2021, but the book is still available in paperback as well as e-book editions HERE

Cover for the upcoming updated edition of THE INDESTRUCTIBLE MAN from Stackpole Press.

Don Keith and Steve Skipper to be guests on the "Rick and Bubba University" podcast. The show will be available on Saturday, November 14, discussing the new movie COLORS OF CHARACTER. The film, based on Skipper's amazing life story, debuts in theaters nationwide on November 11. It is based on the biography, DREAM ON, written by Keith. For more on the movie, to see the film trailer, or to purchase tickets to a showing near you, click HERE.

To WATCH the podcast free on YouTube, visit HERE

To learn more about Skipper and the documentary, visit HERE.

The show is also available on BlazeTV and other outlets. 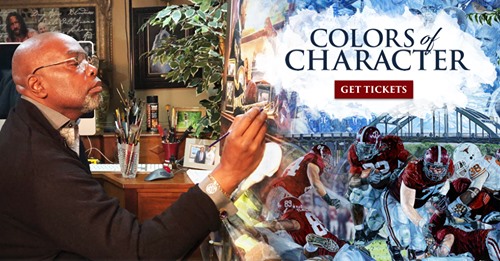