"The man the Japanese could not kill."

"A very readable story of Commdore Kiefer's life, packed with lots of details...an interesting book about an interesting man and I do not hesitate to recommend it." 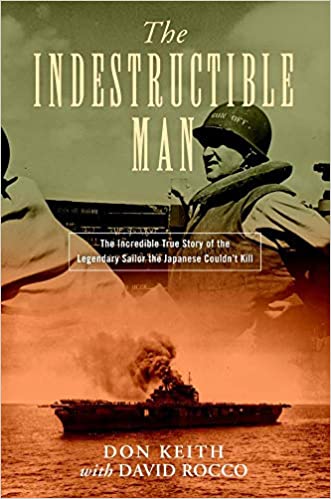 to fly an airplane off a ship at night. Executive Officer on the carrier USS Yorktown at the battles of the Coral Sea and Midway. The last man off Yorktown just before she finally sank. Skipper of USS Ticonderoga when she came under brutal attack by Japanese kamikaze planes. Through it all, he performed coolly and heroically, leading his men through hell and back.

But “Captain Dixie” was much more. He was a sailor’s skipper. A man who would not ask his men to do anything he would not do. He referred to his crew as “Dixie’s kids.” His regular “cocktail club” meetings aboard his ships were legendary. And he even had a key role in an Academy Award-winning movie.

When his big aircraft carrier was hit by suicide planes, he remained on the bridge overseeing defenses and damage control for twelve hours even though he had suffered more than sixty serious shrapnel wounds and a badly broken right arm. It was not the first time he had been injured in battle but carried on performing amazing feats.

His men joked their skipper had so much shrapnel in his body that the ship’s compass followed him wherever he went. When the Secretary of the Navy awarded Dixie a medal for his amazing valor, he proclaimed Kiefer to be “The Indestructible Man.” But nobody could have foreseen the end to 'Captain Dixie's' story.

Now, for the first time, Don Keith and David Rocco tell the full story of this pioneering hero who inspired not only the men with whom he served but an entire nation at war.