'I wholeheartedly recommend Undersea Warrior.  Don Keith has done a fine job.  Buy the book!  It is a great read and one you will want to keep.'  --  Michael Hyman, The Silent Sentinel

No man above or below the waves was as admired-or feared-as this determined naval commander... 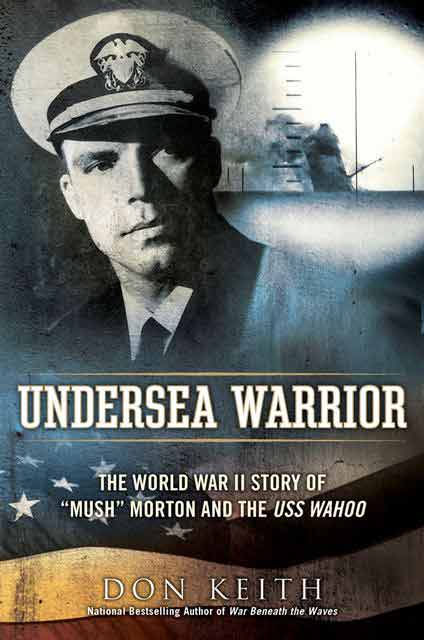 Among submariners in World War II, Dudley 'Mush' Morton stood out as a warrior without peer. At the helm of the USS Wahoo in WWII, he completely changed the way the sea war was fought in the Pacific. He would relentlessly attack the Japanese at every opportunity, going through his supply of torpedoes in record time on every patrol. In only nine months, he racked up an astounding list of achievements, including being the first American skipper to wipe out an entire enemy convoy single-handedly. And an amazing number of men who went on to become top submarine captains served with him, including Dick O'Kane, the #1 skipper in enemy ships sunk.

Here, for the first time, is the life and legend of a heroic, dynamic, and ultimately divisive submarine commander who fought the war on his own terms, and refused to do so any other way.  Based on extensive research--and with a tragic ending to the story that could only now be told--this fascinating story deals not just with the mythical undersea warrior, but the complicated and misunderstood man.