We Be Big by Rick Burgess, Bill 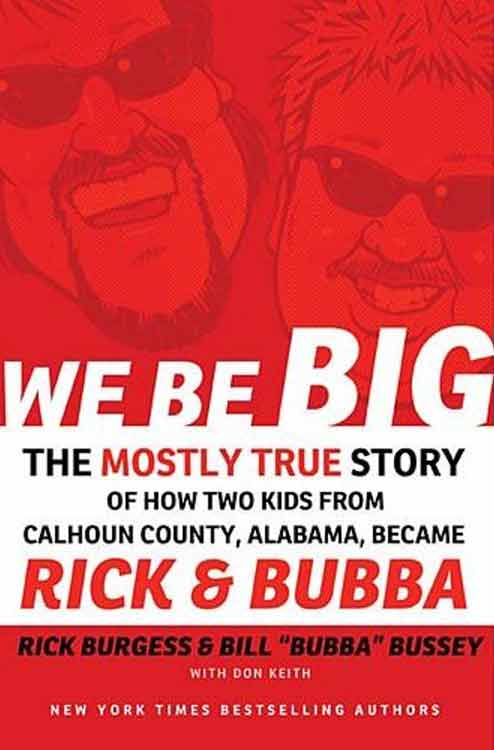 They are the most unlikely broadcast stars imaginable, yet hundreds of thousands of loyal listeners start their day with them every morning.  They don't have 'radio voices,' don't spin the latest hit songs, don't do 'shock jock' humor, horoscopes, or celebrity birthdays.  Instead, Rick Burgess and Bill 'Bubba' Bussey-collectively known as 'The Rick and Bubba Show' on scores of radio stations coast to coast-share real stories about real people, inviting their vast audience into their families and circle of friends to experience with them uproarious happenings and moving events with which they can all identify.  Beyond that, these two non-radio radio personalities break the biggest no-no for secular radio as they openly share in a forceful but non-threatening way their faith in Christ and their common-sense way of looking at the world.

Now, in We Be Big: The Mostly True Story of How We Became Rick & Bubba, they (with the assistance of best-selling and award-winning author Don Keith) share how this unlikely pairing came about and how the show found even higher levels of popularity, even as the two of them deliberately steered away from every accepted rule for radio success. Alternately hilarious and heartbreaking, this is also the highly personal story of two men who-like most of us-resisted stepping through the doors God opened for them, opting for the easier path when tested.  In this compelling story, 'the two sexiest fat men alive' share their experiences and demonstrate how, with the help of faith and family, they have become a true blessing for so many.

Watch or listen to The Rick and Bubba Show